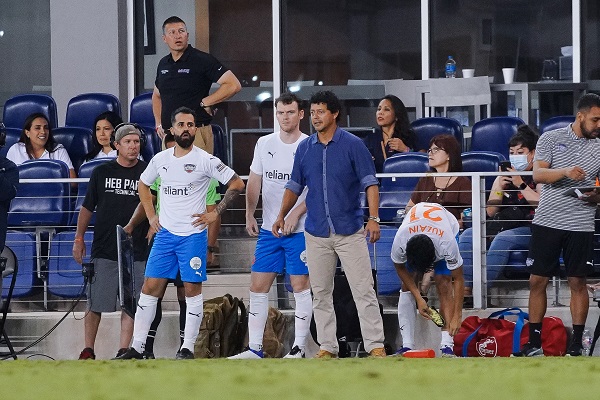 A return to H-E-B Park couldn’t get RGVFC back on track as they lost 2-1 vs. Colorado Springs Switchbacks FC. The club is winless in eight consecutive matches.

Just like they did in the previous matchup vs. Colorado Springs, RGVFC scored first. This time, it was Frank Lopez assisting Emilio Ycaza for the opening goal (Ycaza assisted Lopez in the 1-1 draw on 9/11).  At the break, the Toros led 1-0 and had an edge on shots, 9-2 (2-1 on target).

Unfortunately for RGVFC, a soccer match is composed of two halves and the second one was much less kind to the hosts. USL Golden Boot leader Hadji Barry scored a brace to erase the Toros’ halftime lead and give Switchbacks FC a 2-1 victory on the road.

In Wilmer Cabrera’s post-match quotes (provided by the RGVFC communications team), he included the following assessment: “We cannot manage the lead and we have experienced players. We have players who have played a lot. We don’t have kids; 17, 18-year old’s. We have already men but they haven’t been able to control the situation so that’s complicated and that’s something we need to work on.”

It’s a brutally honest breakdown of the situation and it also focuses on a very interesting aspect of this team. For years, fans of the club bemoaned RGVFC’s role as a farm system for the Houston Dynamo and the lack of experienced players. Now, the club’s most experienced roster and one solely focused on winning is floundering down the stretch in a major way. Are the older players burning out during the lengthy USL Championship season? Have injuries taken too much of a toll on the rotation? And the most important question for supporters of the club, can this group get things turned around?

The winless run is at eight matches and five of those matches have been losses. They have only registered one clean sheet in their last 11 matches, which highlights the slim margin for error that this team has. In 18 of their 24 matches this season, the Toros have scored zero or one goal. That means if the other team doesn’t get shutout, the Toros are likely to either draw or lose because they have only scored multiple goals in six matches in 2021. Plugging in naturally attacking players like Baboucarr Njie and Juan Carlos Azocar at outside-back like Wilmer did over the weekend could help the offensive woes but could create more defensive miscues.

While statistically it’s not a must-win match for RGVFC, the Toros NEED three points from this weekend’s fixture vs. Atlanta United 2. They are now level on points with sixth-place New Mexico United, who they face three times in the next few weeks. A victory vs. ATL UTD 2 could give Cabrera’s squad a much-needed boost going forward.

Emilio Ycaza: He continued an impressive start to his Toros’ tenure. Ycaza scored the lone RGVFC goal and created five chances. Also, I appreciated the celebration (one that it used frequently on FIFA, less frequently in real life).

Frank Lopez: Another promising newcomer to the team, he assisted on Ycaza’s goal, one of two key passes. The Cuban forward also won two fouls and had an interception.

A first-time opponent for RGVFC, let’s get to know the Atlanta United FC affiliate, who debuted back in 2018. The first two USL Championship seasons for ATL UTD 2 ended with the club in 14th on the Eastern Conference table. They finished with the league’s third-worst goal differential in both of those seasons (tied for third-worst in 2018). Last season, they finished in the basement of Group H. They are have struggled mightily on the road since their inception. In their 45 away matches all-time, they have five wins. 28 losses, and 12 draws.

But, despite a 2-7-3 road record, the club is battling for a playoff position in 2021. Sitting on 29 points, they are one position outside the playoff picture and only trail OKC Energy FC by two points. ATL UTD 2 are tied for seventh-most goals scored this season (38) and have conceded the eighth-most goals at the other end (39). They have one win in their last five matches. Also of note, former West Ham United midfielder Jack Collison took over as the club’s head coach in June after Tony Annan departed.

Aiden McFadden: A third-round pick of the first team in the 2021 MLS SuperDraft, McFadden leads the team with seven goals and 25 shots.

Josh Bauer: He was a second-round pick this season for Atlanta this year and has been a crucial piece in central defense next to Bradley Kamdem Fewo. He is the club leader in passes, clearances, blocks, duels won, aerial duels won, and interceptions. 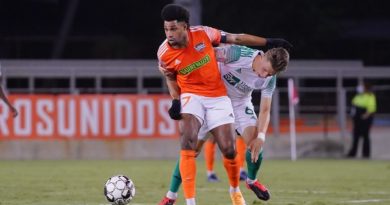 RGVFC’s Kyle Edwards has unfinished business in the Valley