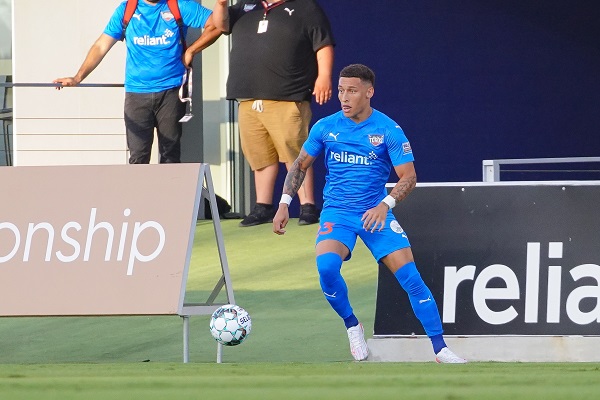 For the second straight match, Tyler Deric made zero saves as RGVFC conceded a goal from every shot on target from their opponent. Against San Antonio FC, it was only one goal and the Toros were able to equalize. Last week, Rodrigo da Costa scored twice and that was too much for RGVFC to overcome.

Wilmer Cabrera’s side controlled the action and had more 24 more shots in the match. But, they could only muster one more shot on goal than FC Tulsa.  The main concern I had entering this season for RGVFC was proven scoring options in the attack and that’s been a factor so far.

Elvis Amoh leads the club with four goals,  but three of those came in the same match vs. The Miami FC. The next highest total is two goals for both Christian Sorto and Wan Kuzain. Juan Carlos Azocar has battled injuries, but he could help the attack when fully fit. Kyle Edwards, who got hot down the stretch last season for RGVFC, has yet to make his season debut after spending time with the St. Vincent & the Grenadines national team. While the 2021 Toros are clearly going to rely on possession, defense, and goalkeeping, they will struggle in close matches without a consistent scorer up top.

Hosting El Paso tonight, the RGVFC attack will need to be much more precise with their shooting against the defensive juggernaut that is Locomotive FC, If they fall behind, it will be a tall task to come from behind.

On Sunday, the Toros will take on Rayados of Liga MX in a friendly, the first annual Copa Independencia. The match will serve as a chance for the local fans to check out their hometown club taking on a popular Liga MX side in the area. It will also allow Wilmer to get some of the seldom-used rotational players a chance to get out there and showcase their skills at various times throughout the match.

Baboucarr Njie: He scored the lone goal for RGVFC and finished with three shots. Njie has been a nice spark off the bench in multiple matches this season.

Erik Pimentel: The veteran defender was a key factor in limiting the chances for FC Tulsa. He tallied five interceptions, two blocked shots, and two tackles.

Vicente Sanchez: Coming off the bench before the 70th minute, the 41-year-old assisted on Njie’s goal and created three chances.

While they haven’t played as many matches as a lot of clubs in the league, Locomotive FC are the last remaining unbeaten side in the USL Championship. What’s been the key to the early success this season? Shutting down opposing attacks. El Paso have only conceded three goals, best in the league, through seven matches and are tied for the league lead with four clean sheets. Mark Lowry’s side holds an average of 51% of possession and have faced just 16 shots on target in 2021.

When these clubs met earlier this season, an error from Tyler Deric allowed for the lone goal just seconds into the match. With that early lead, Locomotive FC were able to lock in even more defensively and limited the Toros to just five shots, one on target.

They were off last weekend, but El Paso did win their most recent match: a 2-1 win over Real Monarchs SLC on 6/18. Bryam Rebellon picked up a red card in the victory and will be suspended vs. RGVFC.

Luis Solignac: He scored the winner vs. RGVFC in the previous matchup and leads the team with ten chances created.

Logan Ketterer: The star keeper for El Paso had a brief cameo on loan with Portland Timbers FC in MLS, keeping two clean sheets and earning a place on the MLS Team of the Week. In the USL Championship, he’s been one of the league’s best for years and has one clean sheet for Locomotive FC in 2021.

Mechack Jerome: A key defender for the club since 2019, the Haitian international is tied for the club lead in clearances (14) and has only committed one foul all season. 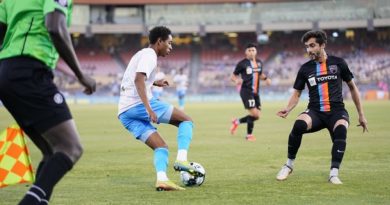