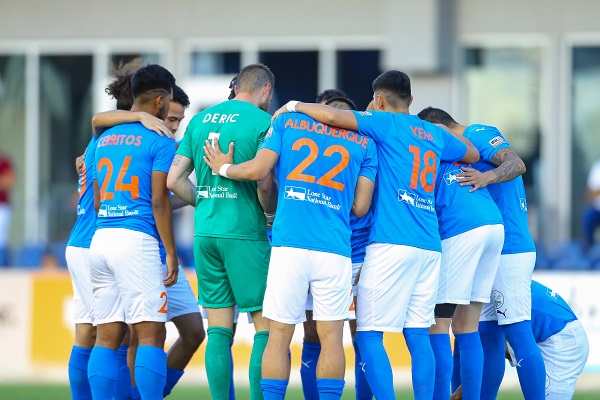 Taking full advantage of a quick trip to California, RGVFC defeated Orange County SC, 2-0, to take all three points back to South Texas. Juan Carlos Azocar scored early on before a penalty by Rodrigo Lopez gave the Toros an insurance goal.

With the result vs. OCSC, the Toros picked up just their second win away from H-E-B Park this season. They couldn’t hold their typical edge in possession, but they did outshoot the hosts, total and on target. The club secured a clean sheet for the first time since their 1-0 win over Real Monarchs SLC on 6/12.

Offensively, there was a lot of impressive dribbling by a variety of RGVFC players. Down the left wing, Wan Kuzain did well to get towards the end line and deliver a nice ball to set Azocar up on the opening goal. Christian Sorto had some nice moves as well as John Sanchez and Alexis Cerritos, who got into the box and drew the foul leading to Lopez’s penalty kick.

But, the best dribbling display, and performance overall, was from Azocar. The Venezuelan has been nothing short of a gamechanger when he’s been on the pitch this season. He’s confident on the ball, has the skill to drive forward, and most important, his final ball (whether that’s a shot or pass) matches the quality of the skills that got him into that position. To borrow a phrase from basketball, he’s not a player with $100 moves and a $1 finish.

Another key moment in the match was Kyle Edwards making his season debut. That must be a welcome sight for the Toros. He was in great form down the stretch in 2020 and has been missing due to international duty with Saint Vincent and the Grenadines this season. The UTRGV product is a true striker and that’s been a position that RGVFC have been trying to figure out to this point.

The Mountain Division race is going to be fun to watch as the season progresses. The Toros are currently tied on points with El Paso Locomotive FC, who sit atop the table. But, New Mexico United and Austin Bold FC are not too far behind with the rest of the clubs, excluding Real Monarchs SLC for now, battling to get above the cutoff line. All four clubs currently in a playoff position won their last match and three of the four are on unbeaten runs of at least three matches.

Juan Carlos Azocar: Earning a USL Championship Team of the Week nod, he scored the opening goal, created five chances, and connected on 29/30 passes. He was the best player on the pitch for most of the match and was electric with his energy and dribbling.

Tyler Deric: He made three saves and kept a clean sheet on the road against a top-ten scoring club. The veteran goalkeeper was listed on the USL Championship Team of the Week bench for his performance.

Juan David Cabezas: Controlling the midfield, he made seven tackles and completed 92.7% of his passes. He added one key pass and a shot on target.

Over the weekend, Austin Bold FC got an early goal from Juan Pablo Torres and that was all they needed to defeat Real Monarchs SLC, 1-0. That extended their unbeaten run to four matches and they only have one loss in their last eight fixtures.

They still lead the USL Championship with six clean sheets and are tied for third-fewest goals conceded with ten. With a veteran-heavy squad, Bold FC will always be tough to break down and won’t be prone to major mistakes.

The two Texas clubs have already met twice this season. In the first matchup, Austin Bold stole all three points with a stoppage-time winner from a free kick at H-E-B Park. Then, they played to a 1-1 draw two weeks ago in the capital city.

Fabien Garcia: He leads Bold FC in blocks, interceptions, and passes while second-best on the team in clearances and aerial duels won. He scored the late winner vs. RGVFC last time the clubs squared off in South Texas.

Elliot Panicco: Because of the skill of his backline, he doesn’t get tested a ton (16 saves in ten matches). But, he is up to the task when called upon as he’s only allowed four goals and has six clean sheets.

Juan Pablo Torres: His goal vs. Real Monarchs SLC is up for Goal of the Week and was his first one of the season. He also has an assist and has created 11 chances.