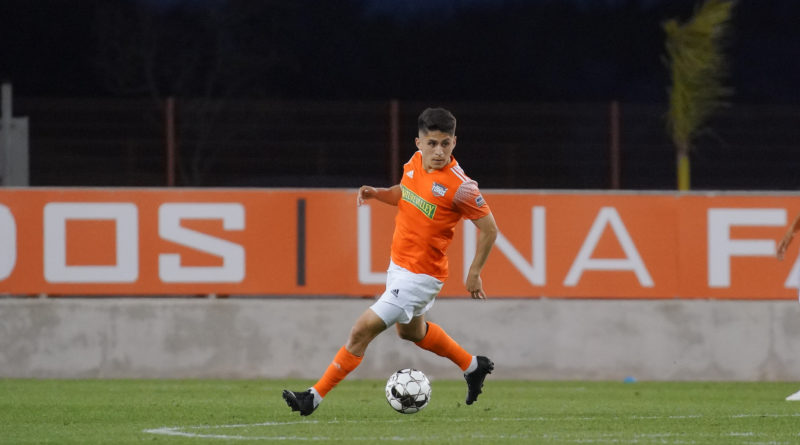 After about four months of inactivity, RGVFC returned to the pitch with a 1-0 loss to El Paso Locomotive FC. We take a look back at that match and ahead to the South Texas Derby set for Friday.

With that much time off between matches, it’s tough to know what to expect from a club. For the Toros, the rust from not playing was mostly visible in their distribution and in the attack.

RGVFC finished the match with no shots on goal and were missing a lot of passes down the wings. They did have two big moments in the attack. A set-piece saw Robert Castellanos head the ball towards the far post, but JC Obregon couldn’t redirect it into goal. Then, in the second half, substitute Deshane Beckford got out on the break and appeared to have a chance to play a ball across to Garrett McLaughlin. But, he took an extra couple of touches and didn’t really test the keeper.

The backline held up well vs. Locomotive FC. Emile Legault and Robert Coronado held down the flanks while Robert Castellanos played next to Carter Manley in central defense. Manley is a natural outside-back, but he looked good in the middle. His performance there will be a big boost for RGVFC because they have limited options outside of Caste.

A scoreless draw on the road wouldn’t have been a bad result for Gerson Echeverry’s side, but a lack of tracking back defensively from the midfield allowed Dylan Mares to have a free run and score the lone goal.

Robert Castellanos: He made 18 clearances vs. Locomotive FC and intercepted a pair of passes. Caste also gave the Toros their best chance to score as his header should’ve set up Obregon Jr. to score.

Carter Manley: Playing out of position as a center-back, the new signing handled himself well and looked comfortable on the ball. He connected on 86% of his passes, made five clearances, and intercepted two passes.

Paul Blanchette: After a rough opener vs. Los Dos, Blanchette made five saves at El Paso. Also, the lone goal he allowed was not a soft one.

On getting to play at home this Friday vs. San Antonio FC

“I’m super excited to be able to get back on our home field and compete with our team. It sucks that our fans won’t be able to be there, but we will still give it our all and leave everything on the field for them.”

Like RGVFC last weekend, you can expect some rust from SAFC on Friday. This is their first match back after the USL Championship returned to play.

Two former Toros are on the other side of the rivalry as Jesus “Chuy” Enriquez and Kai Greene, in his second year with the club, get a chance to face their former team. Jose Gallegos and Cristian Parano are two of the most exciting young players in the league and Parano should be back from a preseason injury.

In the last South Texas Derby, SAFC blew a 2-0 lead and finished level with RGVFC after Carlos Small and an own goal found the next in the final 15 minutes of play.

Streaming nationally on ESPN+ and locally on Somos El Valle 5.2

Alex Martinez has a little bit of fire, a bit of thunder. 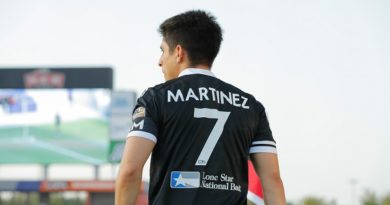