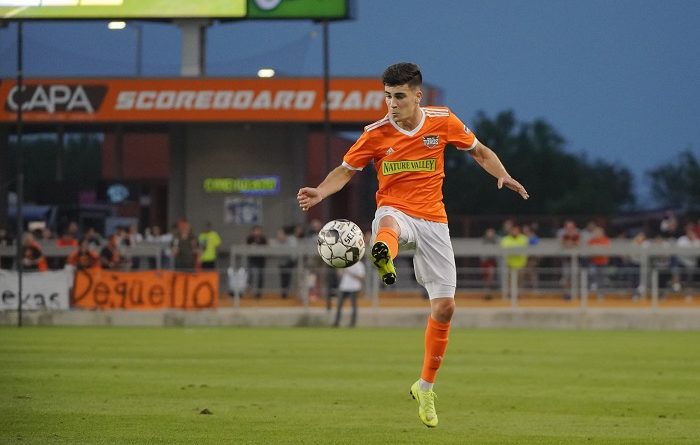 In their 2020 home and season opener, RGVFC will take on LA Galaxy II on Sunday.

RGVFC Toros will kick-off their fifth season with a home match against LA Galaxy II this Sunday at H-E-B Park.

After becoming the first head coach to stay for two seasons at RGVFC, Gerson Echeverry is back again for his third season at the helm. On the pitch, the Toros should be solid in defense and the midfield. The Roberts, Castellanos and Coronado, are back on the backline and will likely be joined by Houston Dynamo central defender Kyle Adams on loan. Right-back will be a position to watch after Andrew Samuels suffered an injury this preseason that will keep him out most of, if not all of, the season. Behind that defense, Ben Willis is back after playing well in limited duty and he will definitely share time with Dynamo shot-stopper Michael Nelson. In the midfield, 2019 star Isidro “Chelo” Martinez is back and he should pair well with rookie Timo Mehlich.

The area with the most uncertainty is definitely the attack. RGVFC lost their top five scorers and two of the players tied for sixth. The only players that return with multiple goals in 2019 are Nico Lemoine and Kevin Rodriguez, who each had two goals. That puts a lot of responsibility on newcomers like Taiberson, Garrett McLaughlin, and Kyle Sanchez Edwards, as well as returnees like Lemoine, Rodriguez, Deshane Beckford, and Juan Carlos Obregon.

Last season, it was all about keeping the focus and intensity late in close matches. This season, Echeverry will look for his RGVFC Toros to take the next step and win matches that they lead, rather than settle for draws.

“It’s very important to start the season on the right foot because every point & game matters. Last year, we shot ourselves in the foot on our first game by not finishing our chances early & getting the result we wanted. There’s no better way to start the season right at home with our fans’ support.”

You can never really know what to expect from LA Galaxy II in any given season or match. But, they are typically a side that ends up playing in shootouts. They finished 2019 with the 13th-most goals scored and 10th-most goals conceded. They bring back key players like Kai Koreniuk, Augi Williams, and former RGVFC defender Omar Ontiveros.

In nine matches vs. RGVFC, Los Dos have never lost (Four wins, five draws). The last four matches, two in each 2018 and 2019, ended level. Their matchup in April of last year was arguably the wildest one in the all-time series. Koreniuk put Los Dos up 2-0 in the 74th minute. Shortly after coming on as a substitute, Michael Salazar scored two quick goals to equalize before Carlos Small put the Toros ahead in the 83rd minute. Nick DePuy leveled things in 87th minute, but Salazar finished the club’s first-ever hat trick with a 90th-minute goal to make it 4-3. In the sixth minute of stoppage time, Koreniuk scored his second goal of the match to secure a 4-4 draw in Southern California. 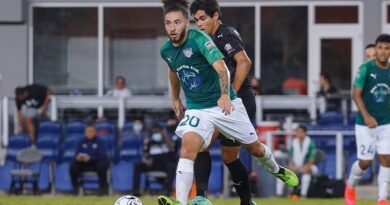 All Toros, No Bull: RGVFC pick up one point from two matches last week 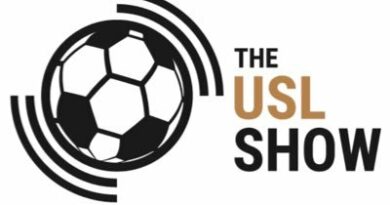