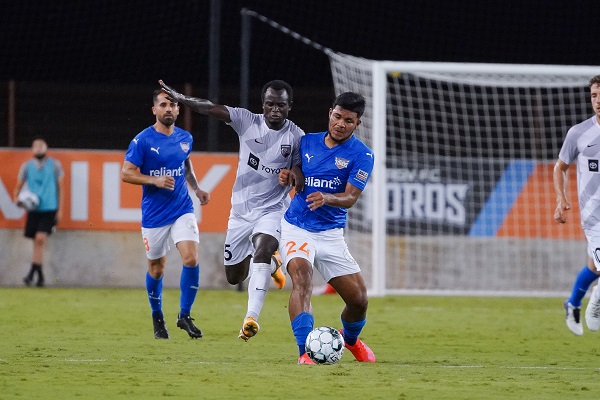 Last Wednesday, RGVFC picked up three points on the road vs. Real Monarchs SLC in a 3-0 win. But, they were welcomed home on Sunday with a loss to rival San Antonio FC, 2-1. Next up, two crucial matchups vs. Colorado Springs Switchbacks FC and Austin Bold FC.

Playing the bottom club in the Mountain Division last week, the Toros took care of business in Utah vs. Monarchs SLC. Edvin Quero and John Sanchez scored their first goals for the club before Christian Sorto added the third goal, after a red card to Real Monarchs SLC’s Ibrahim Bance. The moment that could have the biggest impact on RGVFC came in the final minutes of the first half as Tyler Deric had to sub off with an injury.

For the first time this season, Deric did not start in goal as Colin Miller filled in for the veteran goalkeeper vs. San Antonio FC. In the first half, Miller got a hand on a penalty kick from Nathan, but he couldn’t keep it out as SAFC struck first. Before the break, Juan Carlos Azocar, who committed the foul leading to the PK, leveled things with his fifth goal of the season. With the RGVFC defense stretched out on the break, Adrian Vera didn’t get back in time to stop Nathan from scoring the match-winner in the 58th minute. With the win for SAFC in the final South Texas Derby of the regular season, the series ends with two draws and one win for each club.

Recent inconsistency has watched RGVFC fade further into the distance from division-leading, league-leader in points El Paso Locomotive FC and closer to competing with the clubs directly below them. The Toros are only five points clear of Bold FC, who sit below the cutoff line for a playoff spot. According to FiveThirtyEight.com, the Toros current probability to make the playoffs is 73% while they are projected a 2% chance of winning the USL Championship title, 11th-best in the league.

James Murphy: He played a key role in both matches, offensively and defensively. The midfielder completed 89 passes at an 85% clip, created four chances, and registered an assist. He also intercepted a total of three passes, made nine tackles, and was 12/18 in duels.

Juan Carlos Azocar: Outside of fouling Jose Gallegos in the box, it was another solid week for the Toros’ star. He scored another goal and picked up an assist vs. Real Monarchs SLC.

With a draw last night vs. Memphis 901 FC, Switchbacks FC moved into third place in the Mountain Division, just three points behind RGVFC. Hadji Barry converted a penalty in the first half, only to see former RGVFC forward score one in the second half to secure a draw for Memphis.

They started off the season with just one win in their first five matches. But, under the highly-regarded tutelage of Brendan Burke, they have showcased how great they can be, especially in the attack. Currently, they are third in the league in goals and shots, while sixth in conversion rate. It’s the other end of the pitch that gives them some trouble with only one clean sheet this season and tied for the seventh-most goals conceded.

This weekend’s match will be the first meeting between the clubs this season. Historically, RGVFC has dominated the series, winning six of the nine matchups with two draws and one loss.

Michee Ngalina/Deshane Beckford: Flanking Barry on the wings are Ngalina and Beckford, the former Toro. That explosive tandem has combined for eight goals, 11 assists, and 49 chances created.

Since they last played the Toros on July 24th, Bold FC have lost two of three matches. Over the weekend, El Paso Locomotive FC handed them a 3-0 defeat. Austin was outshot 24-5 (9-2 on goal) and only held 35% possession. They will host The Miami FC on Saturday in an inter-conference matchup this weekend.

They are tied for 28th in goals, 25th in shots, and tied for 26th in conversion rate. Obviously, they are one of the better clubs in the league defensively (third-most clean sheets, towards the bottom of the list on goals conceded).

This will be the final time these clubs square off in the regular season. For the three matches thus far, two have ended in 1-1 draws while Austin won the first matchup, 2-1.

Fabien Garcia: The central defender has two goals and leads the club in blocks, interceptions, and passes.

Owayne Omar Gordon: A proven, explosive player in the league, Gordon has two assists and a club-high 21 shots.

Xavier Baez: He has a goal and an assist apiece to go with his club-leading 25 chances created. 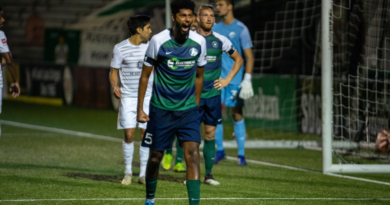 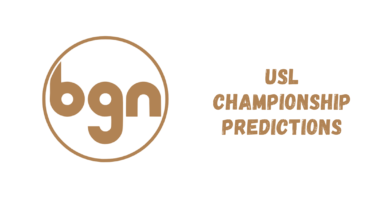 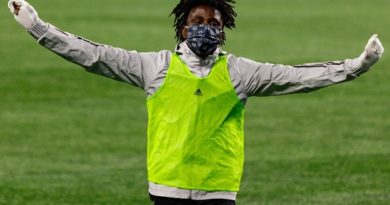