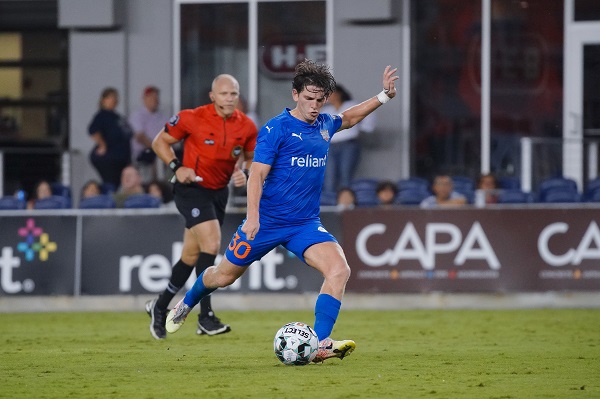 In a massive showdown in the Land of Enchantment, RGVFC and New Mexico United played to a 1-1 draw. Elvis Amoh scored an early goal before Chris Wehan equalized later in the first half.

Playing their biggest match of 2021 thus far, the Toros got off to a flying start. Kyle Edwards, starting up top next to Elvis Amoh, put the ball on a platter for Amoh in the fifth minute and the club’s leading scorer capitalized. But, Amoh would depart less than ten minutes later as he was forced off by what appeared to be a hamstring injury.

The hosts started to get more active in the attack and it culminated with a 24th-minute goal from Chris Wehan to level things up.

With the score still tied in the second half, each club had their moments of pushing the action. But, neither could do much to test the opposing goalkeeper with just three shots on target combined. RGVFC definitely seemed comfortable picking up the point on the road rather than risk it and go for all three points. The clubs combined for six yellow cards, including Amoh picking up one from the bench for “dissent” after rolling a ball on the pitch ahead of a throw-in.

At the moment, the Toros reside in sixth-place, two points below Austin Bold FC, who occupy the final playoff position.  FiveThirtyEight‘s 10/10 projections give RGVFC a 26% chance of making the postseason. This match coming up vs. Colorado Springs Switchbacks FC is another huge fixture for the club.

Elvis Amoh: His appearance was limited, but before departing, he scored the lone goal for the Toros and looked lively early on.

Kyle Edwards: Getting a rare start up top, he picked up the assist on Amoh’s goal, did well to control the ball when it was played in to him, and was a useful link in the buildup play for the Toros.

Last Friday, they played to a scoreless draw vs. Real Monarchs SLC. As a club, they have the second-most goals scored and 12th-most goals conceded. Colorado Springs have two wins and one draw against RGVFC this season with the last match coming on 9/11. Since these clubs last met, Michee Ngalina (eight goals, eight assists) departed the club to join LAFC on loan.

Hadji Barry: With 24 goals this season, he’s just one goal away from tying the USL Championship record for goals in a single season (25, Cameron Lancaster in 2018).

Deshane Beckford: The former RGVFC winger has scored seven assists and added four goals. Without Ngalina, he’ll be expected to carry more of the offensive load.

Jimmy Ockford: He was shown a straight red card when these clubs met back on 9/11. But, he’s the key defensive player for Switchbacks FC with a club-leading 96 clearances, 53 interceptions, and 58 aerial duels won. 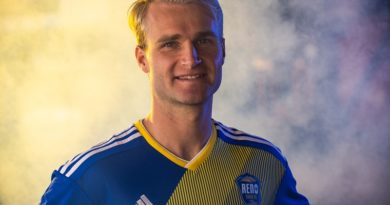