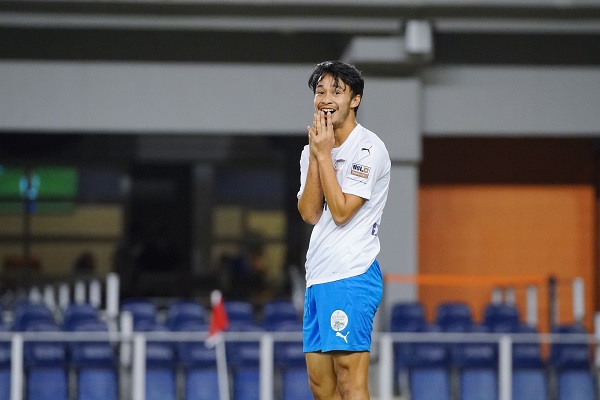 Last weekend, RGVFC suffered a devastating loss vs. Colorado Springs Switchbacks FC. Next up, a massive showdown on Saturday with New Mexico United as the playoff picture comes into focus.

For nearly the entire match last weekend, it appeared that the Toros would come away with at least one point in Colorado Springs. They had some great chances, including a Kyle Edwards’ shot that was cleared off the line by a Switchbacks FC defender, and they kept the explosive attack for the hosts under wraps (only three shots, two on target).

But, in the blink of an eye, the draw was gone and replaced by a gut punch of a loss. An RGVFC turnover by Andres Flores near mid-pitch started the sequence and Hadji Barry found Thomas Amang for the match-winner in stoppage time. Despite Wilmer Cabrera making three substitutes in response to the late goal, there was no late magic for the Toros.

Now, the Toros find themselves in a tough spot when it comes to making the postseason as they don’t control their own destiny. RGVFC have 38 points with three matches to go, two points behind New Mexico United and Austin Bold FC, who also have three matches remaining. The most points the Toros can finish with (if they win all three matches) would be 47 points while New Mexico and Austin could get up to 49.

For the Toros to have a chance, they will likely need to win at least two of the three matches. Do they have the juice to get that done as they’ve floundered down the stretch? Time will tell. This is a very experienced roster, but the last time RGVFC won back-to-back matches was in early June. They will certainly be “scoreboard watching” the matches tonight for New Mexico United and Bold FC.

Baboucarr Njie: Despite not playing his natural position, Njie performed well at left-back. He finished with three interceptions, one chance created, and 80.6% passing accuracy.

Kyle Edwards: He started up top and finished with two shots (including the one cleared off the line by a defender) and added a key pass.

Rodrigo Lopez: Active in the midfield, the 34-year-old had three shots, two interceptions, and completed 36 passes.

Just like RGVFC, New Mexico United’s match over the weekend was capped off by a last-minute goal. But, unlike the Toros, it was a positive moment for New Mexico. Trailing 1-0 on the road vs. San Diego Loyal SC into stoppage time, former Toro Chelo Martinez delivered a perfect cross to Ilija Ilic, who volleyed home the equalizer.

Tonight, New Mexico will host San Antonio FC at The Lab, where they are 7-1-6 on the season. Then, they hit the road to South Texas to face the Toros on Saturday. One aspect of the huge showdown that benefits RGVFC is NMU’s struggles on the road. They are just 3-8-4 outside of Albuquerque in 2021. In the three matches between the two clubs this season, each club has one win with the other match being a 1-1 draw.

Alex Tambakis: He’s 7th in the league in saves and tied for 7th in clean sheets. In the three matches vs. RGVFC, he has ten saves, one clean sheet, and allowed just two goals.

Isidro “Chelo” Martinez: The former RGVFC star picked up his third assist of the season last weekend. He also has 35 chances created in 28 appearances.