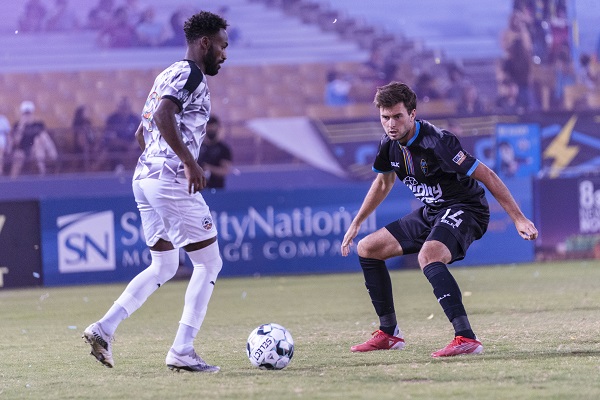 With a club-record six consecutive losses, Las Vegas Lights FC will try to break out of their slump when they host Oakland Roots SC tonight.

After 22 matches played this season, Las Vegas Lights FC hold the following distinctions in the USL Championship: most goals conceded, worst goal differential, longest active losing streak, and last place in the Pacific Division. But, to be fair, this type of performance isn’t unexpected. Since joining the USL Championship ahead of the 2018 season, the club has finished 15th (2018), 13th (2019), and 15th (Last place in Group B, 2020) in the Western Conference. Now, they are seeing similar struggles with a young, inexperienced roster of LAFC’s developmental players.

During the broadcast of the loss vs. Sacramento over the weekend, they mentioned that first-year manager Steve Cherundolo assessed that his team was doing well between the boxes but was struggling in the penalty area at both ends. It should come as no surprise that the former USMNT stalwart and gifted soccer mind is right on the money with that breakdown as Frank Daroma has been the club’s most consistent player and has thrived alongside midfield partners like Danny Crisostomo (who hasn’t appeared for the Lights after signing with the first team) and Nathan Sepulveda. It’s the lack of final product in the attacking half and a mistake-prone defense that have been the downfalls for Las Vegas.

A contributing factor there is that those two areas are where the Lights rely most on loanees from LAFC. They haven’t had players like Danny Musovski, Cal Jennings, and Bryce Duke in the attack every week. The same goes for the backline with no defender starting more than 17 of the 22 matches. It’s a tough situation that every affiliate of an MLS club has to deal with and that’s why when you look at the current USL standings, every division’s last-place club is an affiliate of an MLS side.

For the club to pull out of their current tailspin, they need to be more crisp with their passing in the final third, be more aggressive shooting the ball, and stay locked in for the FULL match at the back. Alex Rando hasn’t performed poorly overall, but he’s been under a barrage of shots consistently. The Lights have faced 146 shots this season. They are one of only two clubs in the Pacific Division to face triple-digit shots and have faced 35 more shots than the second-most (San Diego).

With the Raiders already making the move from Oakland to Vegas and rumors of the Athletics following the same path, Lights FC are having a “Vegas Loves Oakland Sports Teams” promotion tonight as the club hosts another Oakland team. Any fan that wears a Raiders or A’s jersey to the box office at Cashman Field will receive a free ticket for the match. Whether you think the promotion is funny, petty, or even both, it’s fair to assume that the club wasn’t expecting a sizable crowd if they’re willing to give away tickets just for wearing one of those two jerseys. Fans entered this season with an understandable frustration with the Lights as the structured affiliation with LAFC removed the feeling that it was truly a “Vegas team”. When you add to that a brutal run of form, a last-place club, and promotions that might rub some LV supporters the wrong way, it will be interesting to see how attendance looks in Downtown Las Vegas down the stretch.

Bruce El-Mesmari: The Mexican youth international has continued to show flashes of what he can do in the attack. But, the Lights will need some polished play in the final third from El-Mesmari if they want to upset Oakland tonight.

Emrah Klimenta: One of the first-choice central defenders for Roots SC, he has a club-high 42 clearances and 774 passes (81.5% accuracy).

Chuy Enriquez: He leads the club in assists and chances created while also scoring two goals, including one vs. the Lights in their last meeting.

Wal Fall: A big presence in the Oakland midfield, Fall has scored three goals this season (two from free kicks). 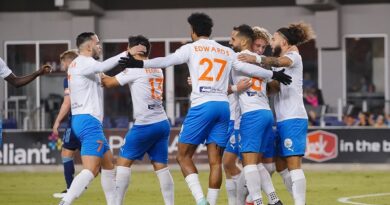 All Toros, No Bull: RGVFC are back in the playoffs, set to face Phoenix Rising FC