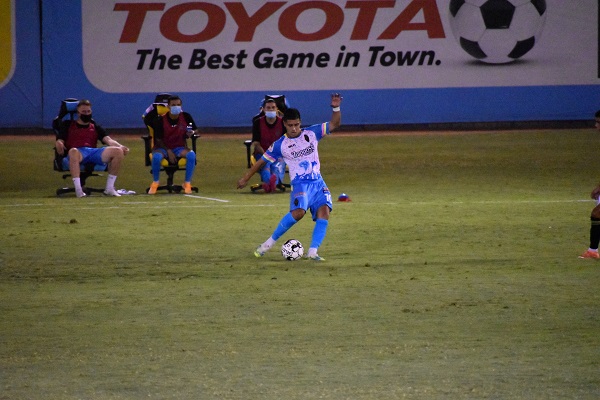 Tonight is the third matchup between Las Vegas and San Diego this season and was rescheduled from August 8th due to a positive COVID-19 test. The clubs played their first match of the season against one another and also the Lights’ first match after the league’s restart. They drew 1-1 in the opener and fell 2-1 back in July, courtesy of an Irvin Parra goal. Both of those matches took place in San Diego, making this Loyal SC’s first match in downtown Las Vegas.

But, this a very different Las Vegas Lights team. After scoring two goals across their first four matches, the Lights have scored 12 in their last four, three in each match. The attacking group has received quality play from Rashawn Dally, Yamikani Chester, and Blake Frischknecht off the bench (who also made the USL Team of the Week bench). The Juniors, Burgos and Sandoval, have also scored some goals for the club and, along with a healthy Raul Mendiola, are the primary creators for Frank Yallop’s side. Bryan de la Fuente is another creator of offense for Las Vegas.

While the attack has improved, the defense has struggled a bit during the last four matches. Without star Ramon Martin Del Campo, they allowed four goals to Los Dos over the weekend. A week prior, they conceded three times to Phoenix Rising FC. San Diego has struggled to score this season and the Lights won’t want that to change tonight. If Del Campo is back and fit, the club will have a good chance to stifle the San Diego attack and come away with a win.

Lights FC announced a pair of roster moves yesterday with the addition of Quincy Amarikwa and the loan departure of Gabe Robinson. Without Seku Conneh, the Lights have been relying on Dally playing out of position at striker with Frischknecht playing well off the bench. They addressed that position in a big way the MLS veteran Amarikwa. The 32-year-old has over 200 MLS matches to his name and more than 25 goals, playing under Yallop in San Jose and Chicago. Once he’s cleared to play, that’s a proven option up top for the Lights. For Robinson, he was a consistent performer for Las Vegas last season, but he was buried on the depth chart at central defense and heads out to Colorado Springs Switchbacks FC.

Miguel Berry: Loyal SC brought the former University of San Diego and San Diego native in on loan from Columbus Crew SC to try and boost the attack. The striker put up great numbers at USD and played 69 minutes in his debut vs. OC last weekend.

Grant Stoneman: The defender leads the USL Championship in passes (702) and completes 84% of his passes. He has a team-high in blocks and aerial duels won, controlling the center of defense for SD.

Carlos Alvarez: A former member of the Lights, Alvarez can still pull the strings as an attacking midfielder with eight chances created. There may be some extra motivation tonight for the 29-year-old as he returns to Cashman Field.

Another player to watch for me that doesn’t get as consistent of playing time is Beverly Makangila. The 20-year-old passes the ball well in the midfield and is very capable of intercepting passes.

San Diego made a trio of signings yesterday with Alejandro Guido (on loan from LAFC), Tarek Morad and Rubio Rubin. All three players, especially Rubin, can be key contributors for Landon Donovan’s side down the stretch. The players will need to be cleared by the league and that may or may not happen before tonight’s matchup.

Shutout in five matches and are tied for the league’s second-lowest conversion rate (9%).

Third-most passes in the league and an average possession of 54%. 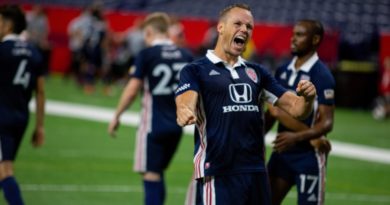