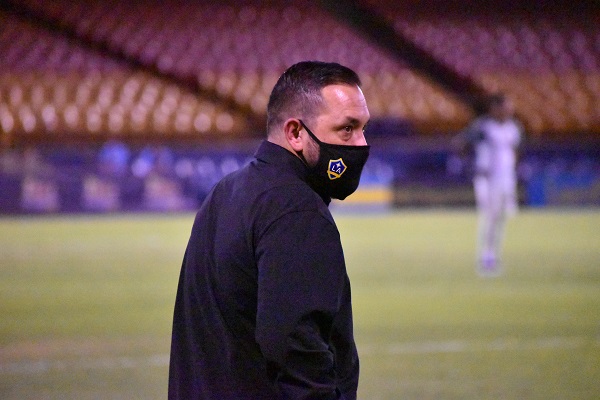 Tonight, a new era of Las Vegas Lights FC will kick off. Now affiliated with LAFC, the Lights will play on the road (kind of?) vs. LA Galaxy II in their 2021 season opener.

It’s tough to predict what we might see from Steve Cherundolo’s Lights. After spending time managing over in Germany, this will be his first club coaching gig in the United States. The former USMNT will be leading a squad this season that’s young and eager to impress the brass at LAFC. Entering tonight’s match, he has 11 players officially on the roster:

There will certainly be loanees from LAFC, including potentially Academy players, joining that group tonight. This season opener is the first of Lights FC’s unique “away matches” as they train and live in Los Angeles and will play away in nearby Carson, California, hours away from their “home stadium” in Vegas.

Typically with “2” teams in the USL Championship, they tend to be more offensively explosive than defensively responsible. For Lights FC supporters, that could be fun to watch but not overly successful on the Pacific Division table.

Phillip Ejimadu/Duncan Turnbull: These are the two goalkeepers currently on the roster for LV Lights FC. Ejimadu has spent the last two seasons on loan away from LAFC and Turnbull is on loan from Portsmouth FC in England. Whichever player gets the start in goal, they will be crucial to a positive result for Lights FC. As you can see below, Los Dos have scored a considerable amount of goals in their history vs. Las Vegas and a big effort from the starting goalkeeper will be necessary.

Kai Koreniuk: He scored nine goals and added four assists back in 2019. Last season, he scored his first MLS goal for the first team and had a brace in his lone USL Championship appearance.

Josh Drack: The #16 overall pick in this year’s MLS SuperDraft, Drack made his first professional appearance when he started on the LA backline vs. Sacramento.

Jorge Hernandez: In the loss to Republic FC, he completed 30/35 passes, fired in nine crosses, and had one key pass. He scored two goals and had two assists last season for LA.

We win a Cup and SD Loyal Trivia

Alex Martinez has a little bit of fire, a bit of thunder.