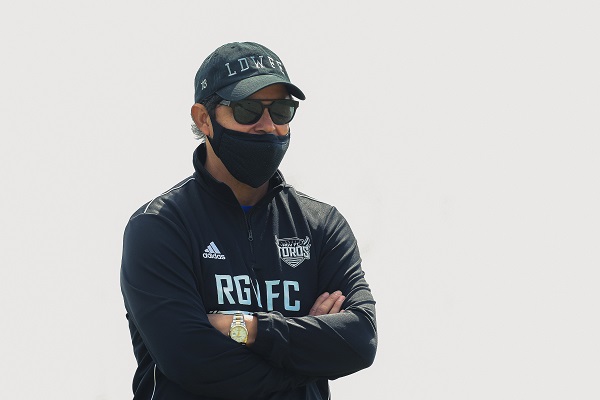 The most successful season on the pitch for Rio Grande Valley FC was their debut campaign in 2016. That team finished second in the Western Conference standings, set a record for longest shutout streak USL Championship history, and was led by Wilmer Cabrera. Now, with the Toros taking over technical control from the Houston Dynamo, Cabrera is back at the helm as manager plus sporting director and will be hoping to rekindle the magic of his previous stint at RGVFC.

RGVFC have only defeated their rival twice since the 2016 season and they will look to set the tone in the first South Texas Derby of the 2021 season.

Juan David Cabezas: Signed by Cabrera with the Dynamo in 2017, JDC was a mainstay in the Houston midfield when he was healthy. His defensive ability allows him to control the center of the park and he’s also a solid passer.

Tyler Deric: Another former Dynamo player, Deric made nearly 100 appearances in MLS and was known for his highlight-reel saves. His experience will help the RGVFC backline with its positioning, too.

Wan Kuzain: The 22-year-old midfielder arrives after establishing himself as a young player to watch in the Sporting KC organization in recent years. He was a nominee for the USL Championship Young Player of the Year in 2018 and is known for being lethal on set pieces.

Nice get for RGV, Kuzain is going to be a consistent presence in this midfield. He tends to play as the more ball-focused player in a pivot or trio, able to burst forward with late runs while mostly easing circulation. Between this and Deric, I like the experience they're adding. https://t.co/swoR0pSkdB pic.twitter.com/NqnjCWiVcb

Since the club’s inception, RGVFC have relied primarily on young, inexpensive players in the mission to develop future first-team players for the Dynamo and try to win some matches in the meantime. But, with the new structure, Wilmer has been able to build a roster of established veterans with the sole purpose of winning right now, not developing players for a different club. The Toros have four players on the current roster that are over 30 years old and up, including 40-year-old player/coach Vicente Sanchez. That level of experience will allow Wilmer and his staff to focus on tactics rather than trying to teach young players how to be professionals and will be vital when it comes to facing different circumstances throughout the season.

Weakness: Lack of proven depth in the attack

Obviously, Sanchez is as proven as they come. But, it’s not reasonable to expect the player-coach to play heavy minutes, especially since he hasn’t played since 2017 when he was a super-sub in Houston. The other players in that attacking group have potential but not extensive track records. 29-year-old Elvis Amoh is the most established with nine goals in nearly 25 matches with Loudoun United. It will be vital for players like Christian Sorto, Alexis Cerritos, and Kyle Edwards to go from potential to production in 2021.

2021 Prediction: 6th or 7th in the Mountain Division

While the club should definitely improve on its two wins from 2020, the Toros are stuck in a very talented division that makes it hard to see them finishing far from the bottom. The veterans on the roster will make sure that RGVFC is always competitive, but they may lack the necessary firepower to win consistently.

Motivated and underrated, Enriquez is ready to help SAFC win big in 2020