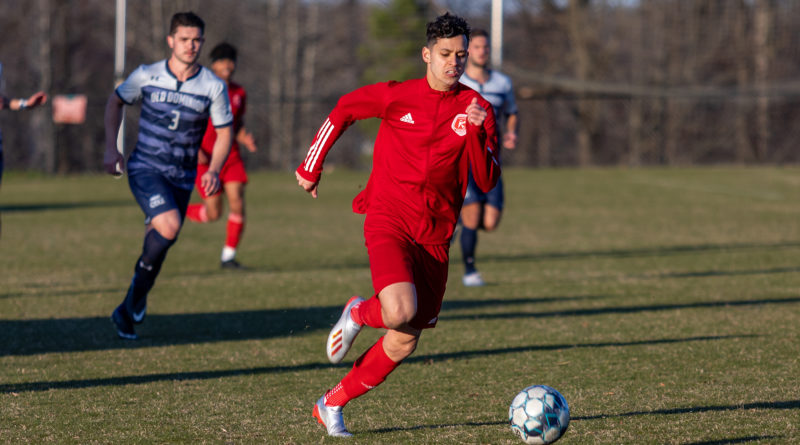 The Richmond Kickers have been searching for consistent goal threats for years. Stanley Alves hopes to solve that issue in 2020.

As we look towards the hopeful return of Richmond Kickers’ action in 2020, we continue the ten questions series getting to know the players a bit more. Stanley Alves is one of the two new forwards the club brought in during the offseason. The 23-year-old played for UMass Lowell as well as for the New England Revolution U-23s during his college days.

If you missed the earlier editions of the Richmond Kickers’ 10 questions series you can find those here – Matt Bolduc.

1) What attracted you to this opportunity to play for the Richmond Kickers?

SA: The first attraction to any new situation for me is the people. Once you have great people by your side, everything else comes into play. I’m glad Darren gave me the opportunity to receive my first professional contract, but what struck me was his upbeat personality. He instills that into his culture which brings other great personalities with it.

2) Richmond has lacked a consistent goal-scoring threat for the past few seasons. Describe for us the type of attacking player you see yourself as.

SA: I would describe myself as a technical and precise goal scorer. I’ve always denied it, but my best soccer is with my back to goal. With that comes my instinct to be at the right spot at the right time.

3) In college, you played at  Umass Lowell, becoming the third Richmond Kicker to come from the UMass system (with Matt Bolduc & Luke Pavone). Have you connected with those guys over that shared experience or was there a rivalry between the soccer programs?

SA: UMass Lowell became a division 1 program around seven years ago, therefore, the rivalry just started. We haven’t spoken much about the rivalry, but we have talked about the network of people we have in common. However, I will say that I’ve won the Kennedy Cup every year I played them. The Kennedy Cup challenge was established by John Kennedy who holds degrees from both schools.

4) You played for the New England Revolution U-23s while in college. Now the organization has a new ‘2’ team set to begin play in League One this year. What was your time like for the U23s and how do you think the MLS Revolution fans will support the new 2 side?

SA: I have nothing but love for the New England Revolution, and they will always have a special place in my heart as I’ve told Chris Tierney and the academy coaches. The support I had when I played for them was incredible, whether it was first-team training or U23s. Some of my best friends are on the II team and will definitely hold a supportive side with the Midnight Riders and the Fort.

5) When you aren’t focused on playing, who are your favorite teams to support – soccer or in another sport?

SA: My favorite team is Liverpool, and I’ve been a supporter since I can remember. I love the way they play and they have my favorite player as well: Roberto Firmino. Other than that, I’m a typical New-Englander who supports all winning teams! Celtics and Patriots.

NEWS: The Kickers have signed forward @stanalves9 for the 2020 @USLLeagueOne season

6) It’s listed that you were born in Brazil. Exactly how long did you live there before moving to the US?

SA: I was actually born in Boston, but everybody in my family except me was born in Brazil. Portuguese was my first language.

7) What has been your favorite TV show or movie you’ve seen over the past year?

SA: Favorite TV Show would be On my Block on Netflix.

8) Which teammate has surprised you the most during the preseason and whom you think may be set up for a great year in League One?

SA: I wouldn’t say anyone surprised me because the level has been set to a high standard to this team, and everybody has kept it there or raised it. I believe Ian Antley will have a great year defensively. We have quality in our front line; there’s too much to choose from.

9) What is your favorite place that you’ve discovered so far in Richmond?

SA: Carytown has been my favorite place so far. Man, Richmond has great food! The murals and restaurants are out of this world. It is a beautiful city overall.

10) Which do you prefer scoring in the first half in front of home fans or scoring a late equalizer or winner on the road?

SA: This is a tough one, but I’d always say that there’s never a feeling quite like scoring in front of home fans because they’re family rather than fans.

Thanks to Stanley for taking the time to answer these questions.